Curiosities about the bridesmaids

The bridesmaids since ancient times 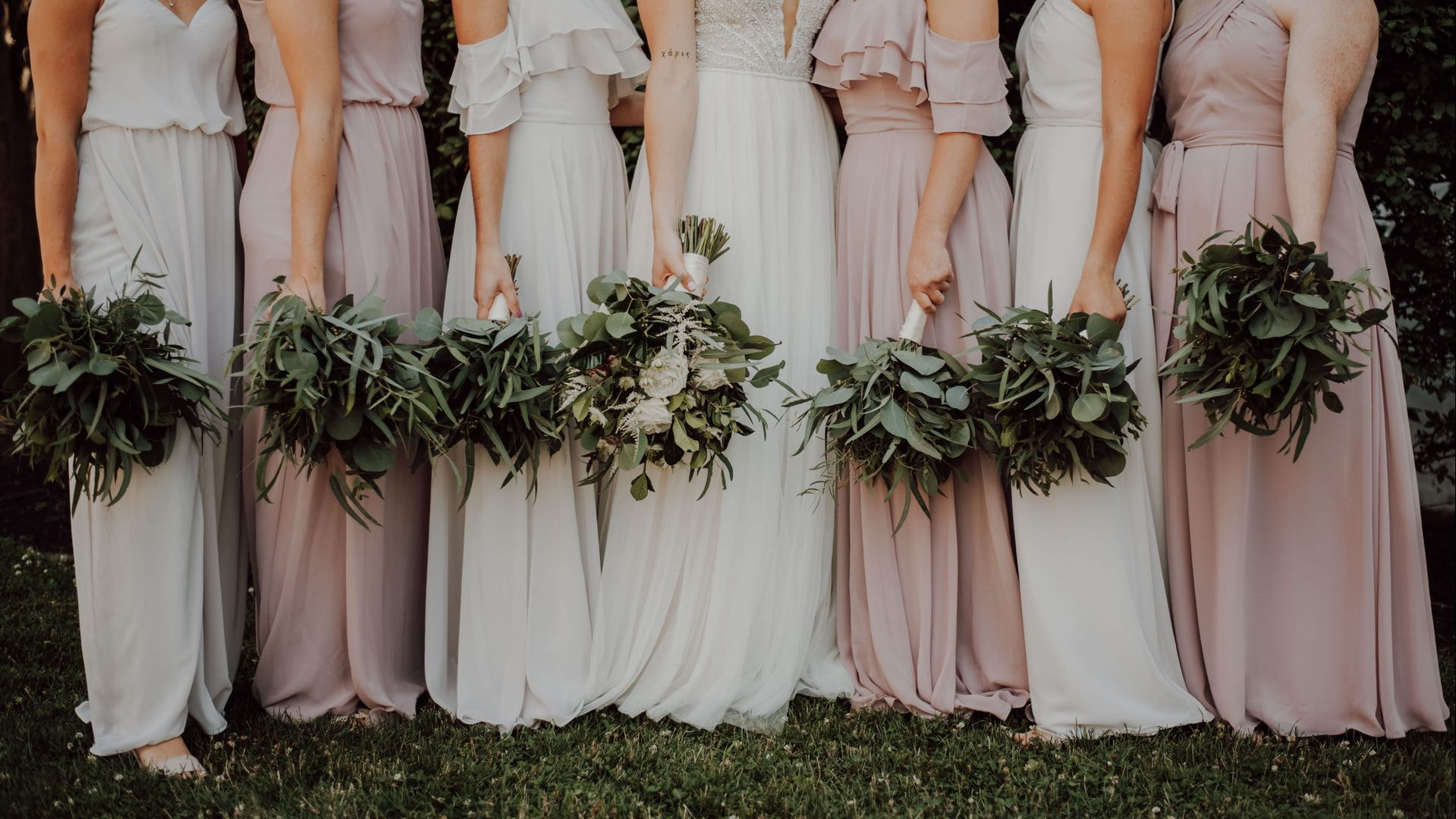 It was customary, for a group of women, to dress like the young bride in order to resemble her as much as possible, to protect her from any evil spirits. Their job was to wear elegant and graceful dresses of the same color and model of the bride, to be able to confuse the bad presences that wanted to hinder the journey of the beautiful and young bride towards a new future life, made of health, wealth and prosperity.

Even in ancient Rome, in order to protect young people who had promised themselves in marriage, it was enacted a law that obliged at least a dozen people close to the spouses and other invited to the ceremony, to dress with similar clothes to prevent both spouses, especially if belonging to wealthy families, from being attacked by malicious people.

Since the young brides of ancient China had to travel a long way to reach their future groom, along rough and dangerous journeys that separated the cities, the risk of finding predators and bandits intending to kidnap the young damsels was very high. Confusing the possible kidnappers and being accompanied by a large number of women dressed in the same way of the future bride, was a tactic to not make her easily recognizable and reach her future husband safely in time for the wedding ceremony.

Nowadays, the wedding ceremony with the bridesmaids preceding the bride going to the altar is increasingly frequent and an indication of belonging to a wealthy family with invited people of the upper middle class. Each of these beautiful girls is given a specific role to support the future bride during the ceremony and during the celebrations. Such as holding the veil or arranging the dress or train, offering her a handkerchief, if necessary, to wipe away the tears that slowly come out of the eyes that cannot hold back the emotion and, in private, resume the makeup that during the day may have faded.

How many bridesmaids can there be?

The bride will give indications about the color tone and the dress model to each of the young women who will have the honor of being her bridesmaids. According to customs, there can be up to a maximum of eight, except for royal families who, at wedding celebrations, can have up to twelve bridesmaids.

The key point when you want to have a procession of bridesmaids is their dress, which must strictly reflect the colors and style of the ceremony.

The important thing to keep in mind is that each fabric reacts differently to the movements of the wearer, that's why the same fabric can create a harmonious common thread among the dresses of all the bridesmaids.

The models can be different or of different shades, thus respecting the shapes and tastes of each one, making them feel at ease and happy to be at your side on such a special day.

Therefore, it is advisable to have tailored bridesmaids’ dresses made in a tailoring, thus being able to maintain the same type of fabric and perhaps even some details of the clothes to create the desired scenic effect.

Favourites
Your favourites are empty
0 Cart
0 Add all flipped products to cart Flipped
This website uses cookies
We use cookies to personalize content and ads, to provide social media features and to analyse our traffic. We may also share some information about your use of our site with our social media, advertising and analytics partners who may combine it with other information that you’ve provided to them or that they’ve collected from your use of their services. You consent to our cookies if you continue to use our website. More about cookies.